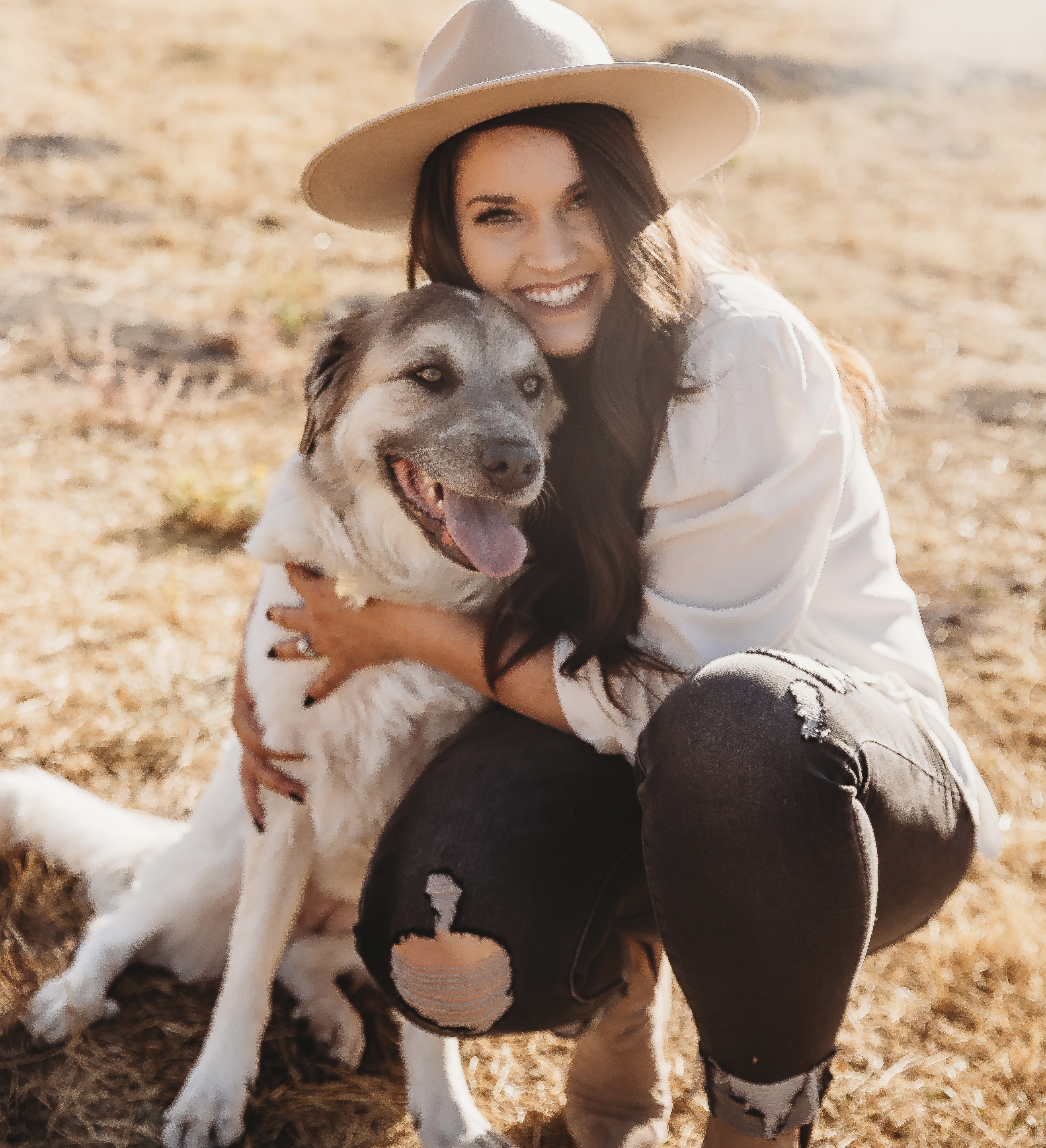 When I was eight years old, I enrolled in the 4H Dog Training curriculum, where I learned the basics of caring for canines. I learned how to identify breeds, keep a dog healthy and groomed, and train even the most stubborn dogs. This sparked my passion for working with man’s best friend.

In 4H, I trained with Ranger, my nine-year-old Yellow Lab, and focused on agility, showmanship, and obedience. We competed in county and state fairs throughout Oregon. Due to health issues, Ranger’s time in the spotlight ran shorter than expected. Closing this chapter led me to my next dog, Dash, a neglected and abused Blue Merle, Australian Shepherd.

With just one month to train, Dash and I worked hard to win “High in Trial” for Agility. From there, I knew Dash was going to be a stand-out performer. We entered the American Kennel Club (AKC) and traveled for competitions. We placed in Agility, Showmanship, Obedience, Group Obedience and Rally.

When he was six years young, Dash suffered from premature cataracts and went completely blind. My training approach quickly changed from visual and verbal directions, to just verbal. We successfully competed for one year with this new strategy.

When I moved to Atlanta, I managed the Training and Behavioral for two years at one of the largest Golden Retriever rescue organizations in the Southeast, rescuing Goldens from Istanbul, Turkey and the United States.

During this time, I became certfied as a Canine Good Citizen Evaluator, and served as a specialist for any Golden with behavioral issues. Before the new rescue can be re-homed, I would go through a series of tests to investigate its temperament with other dogs, address the rescue’s behavioral challenges and teach basic house manners.

While leading a team of four experienced trainers, I assisted with techniques to understand the underlying cause of a dog’s behavior and create tailored training plans to help assimilate the dog to their new home.

I currently live in the Metro Salt Lake City area with my Fiancé and our three dogs, Aspen, Honor and Sterling.

My oldest dog, Aspen, taught me what it means to “think differently” when it comes to canine training. Aspen, found on the streets, is a deaf double Merle, meaning she has two copies of the Merle gene and hearing deficiencies. I quickly learned that I couldn’t rely on traditional verbal training with her. Thankfully, in college, I studied American Sign Language (ASL), which has come in handy when working with hearing impaired dogs. Aspen has began to develop cataracts, similar to dash, so while training Aspen and I communicate through ASL and touch commands. Touch commands allow us the opportunity to continue to work together even when Aspen loses both her sight and hearing.

In August 2017, I adopted Honor, a Golden found wandering through a forest in Istanbul. She is the 1000th Golden Retriever brought to America through the AGA program. We are excited to be training for therapy work in the coming year.

Our newest family member, Sterling, came to us in April 2018. Sterling is an Anatolian Shepherd/Great Pyrenees mix who was found in Jasper, GA after her sister was caught in a trap by Animal Control. When Animal Control was able to return the dogs to their owner they were informed the owner no longer wanted them and had hoped they had ran off to a new home. That is where Rescue Me Georgia came in and how Sterling found her way into our home.

In my experience, rescue dogs are some of the hardest working. They just need the opportunity for a second chance to learn. There’s nothing more fulfilling than meeting a new dog and uncovering his or her potential. No dog is too difficult or stubborn. It just takes time, patience, and a passion for training to get their tail wagging again.

By training your dog, you’re building and strengthening your relationship. Because you and your dog are trained together, the two of you will learn alongside each other. This bond is the cornerstone to my training methodology.  Click below to learn more about my services.

Taylor has trained multiple dogs for agility and obedience competitions. Click the video below to watch her and Dash.

IT'S NEVER TOO LATE

to begin behavioral training with your four-legged friend.

Whether you’re embarrassed by how your dog greets your guests or how they pull you while on the leash, I am here to help. I am passionate about empowering both pets and owners for a happier, healthier, forever home.